When we bought our old house in Sydney we also bought the dining table that was in the house! We have loved that table for as long as we have owned it and still do, but felt it was time for something a little bigger.
When we moved and bought new chairs for that table we decided to buy 8 chairs. we could squeeze 8 around the table if needed so it was handy to have the extra seats.
When we moved to our new house we knew we wanted and needed a bigger table.
Looking around I found just what I wanted! Woo! for $3000+ Boo.
My brother in-law who is just starting out in business said no probs! I can make that! He had made their dining table! (He is an upholsterer by trade)
We have waited what feels like AGES! But it has been so totally worth the wait!
As the business is up and running I will give some more details but you can find him on Facebook by searching for 'Marriott Furniture/Upholstery (link if it works https://www.facebook.com/pages/Marriott-FurnitureUpholstery/1504260329824052?fref=ts )

Now the list of things I still have for him to make/build/re-upholster... It's a mile long! 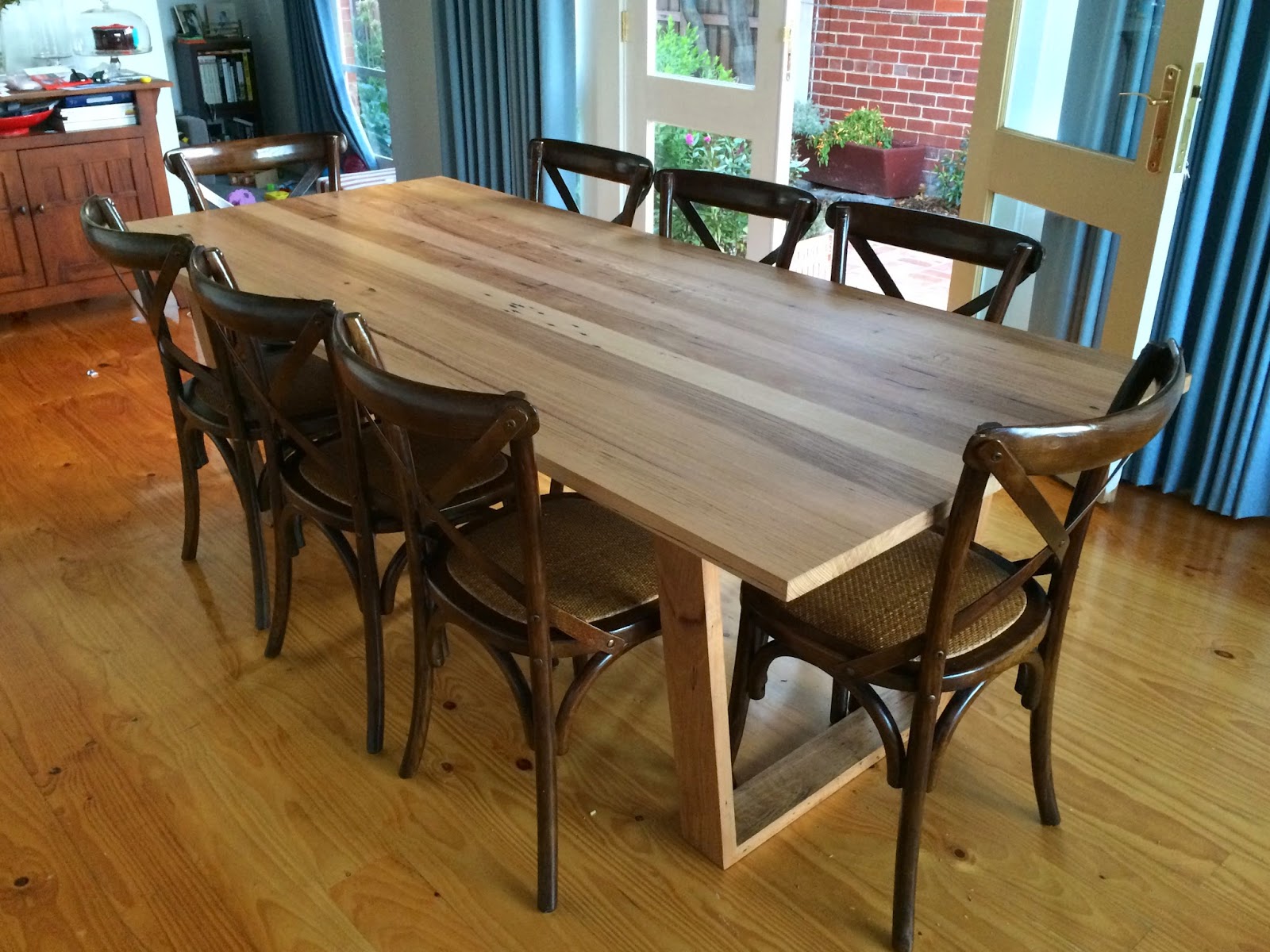 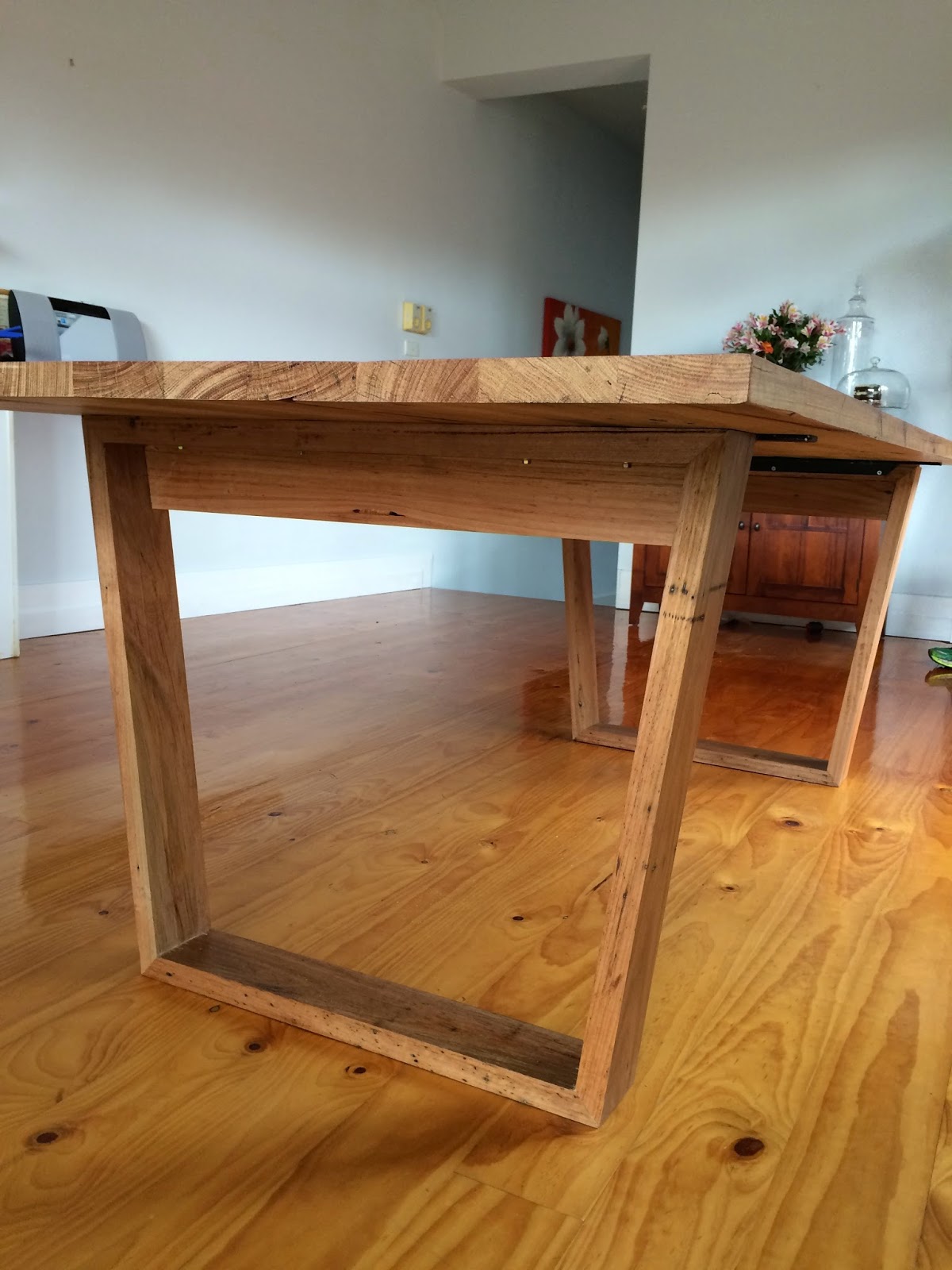 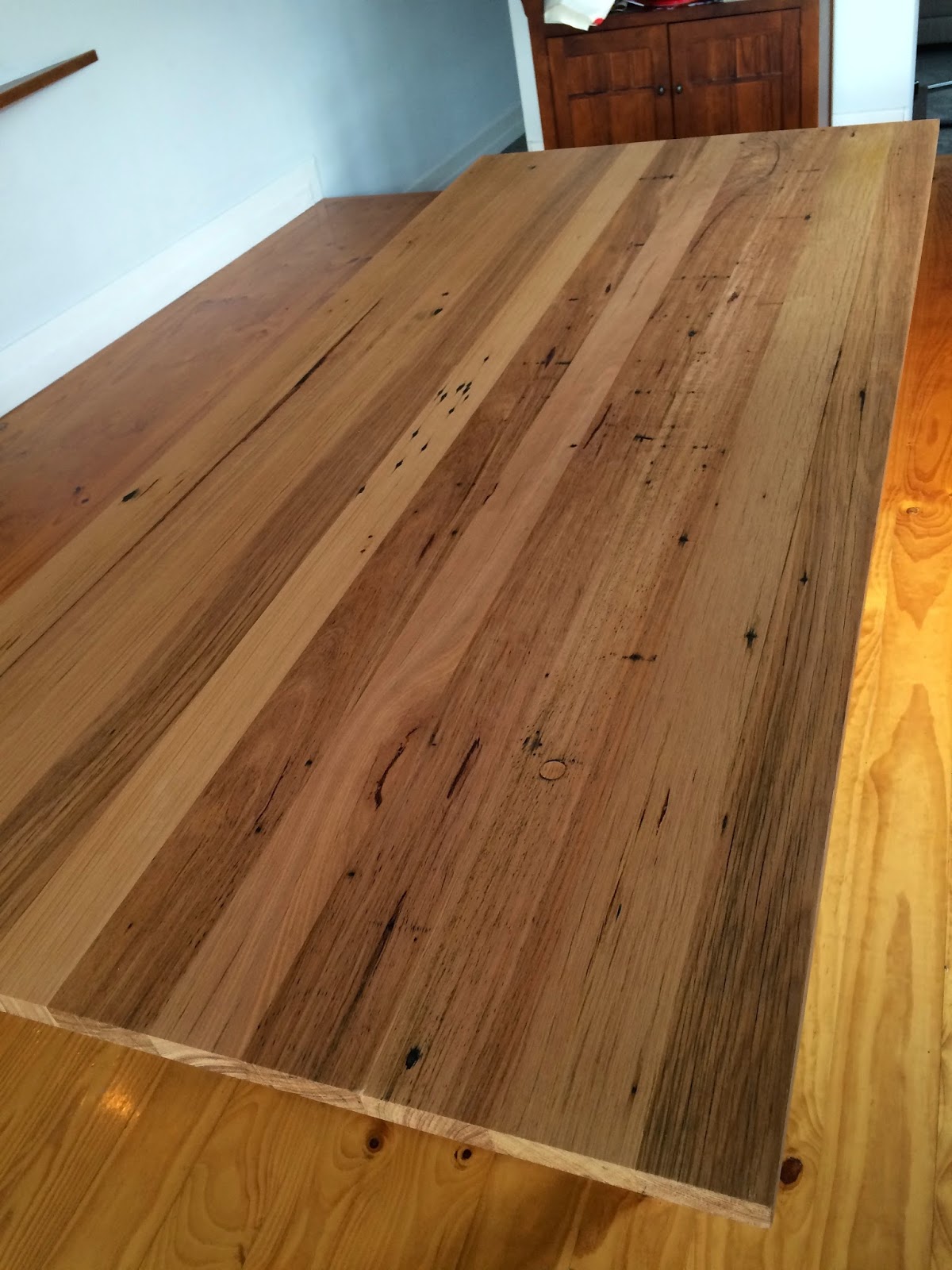 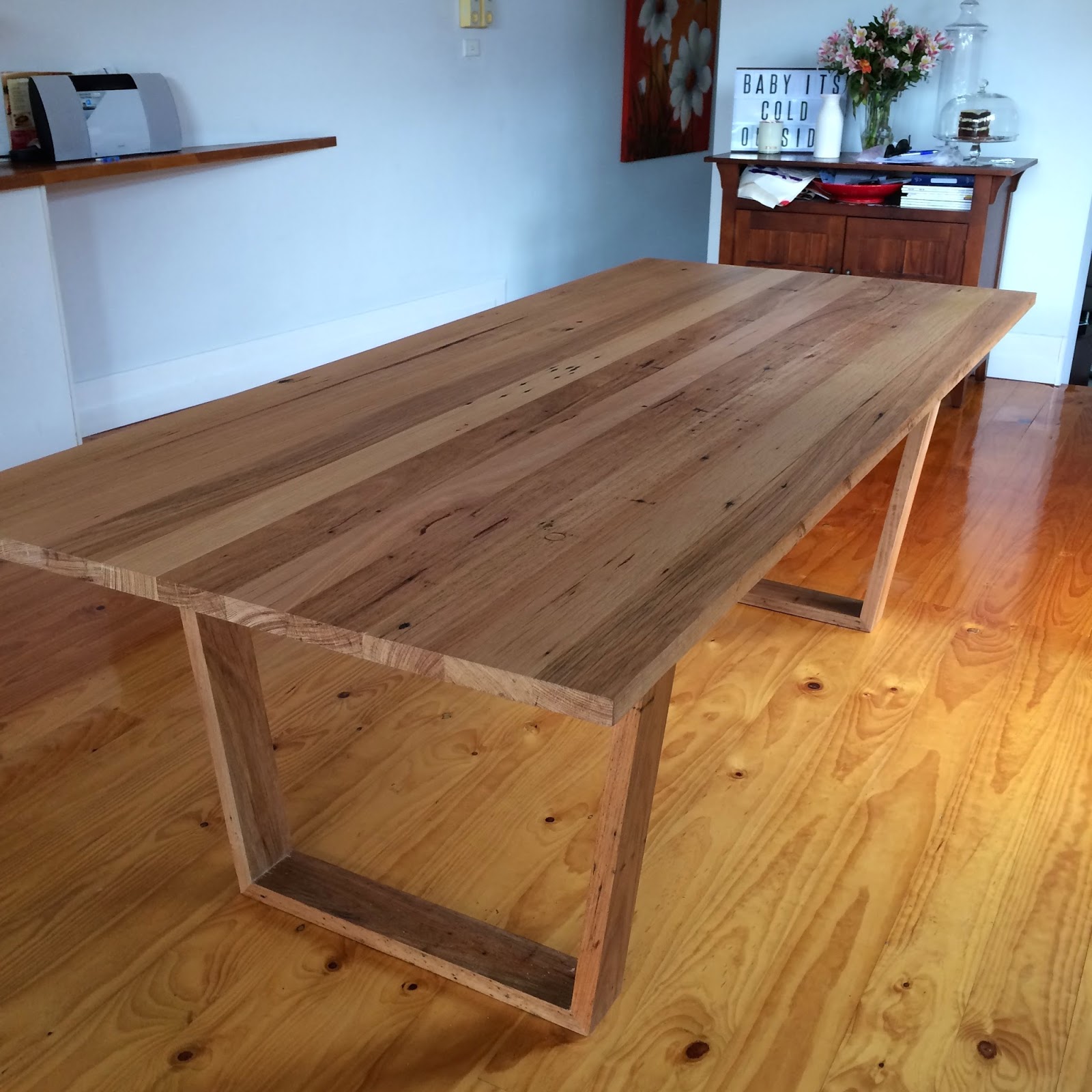 After we pulled out the wardrobe in Lach's room and had the new ones installed we then had to get a plasterer in. That proved difficult! Just trying to get someone to return our call. Finally we had someone in this week. After looking at the cornice, it was noted that it was a botch job last time and to find matching cornice was going to prove difficult. After a discussion it works out only slightly more expensive to just replace all the cornice!
Plus the ceiling in the main BR is quite cracked, the ceiling rose off centre (and blue!) and has no cornice at all!
Markus (the plasterer) repaired the wall, fire place and ceiling and has ordered the new cornice and ceiling rose which will be installed in about 2 weeks.
There was way way too many ceiling roses to choose from! The main BR is actually quite small due to the WIR so we wanted something quite simple so it didn't overtake the room.

The plaster on the outside of the chimney is in a pretty bad state and the plasterer has done the best he can. He suggested perhaps making a feature of it using wallpaper? So this might be something we will look into, but we will get everything painted first.

Still lots and lots to go. Shutters in 6 more sleeps though!!!
Posted by Sammie at 3:27 PM 2 comments:

Well the most important thing is IT'S FIRDAY! yay! Secondly, I do have some renovation updates to come soon!
BUT! I can't pass up a good sale and I feel the need to share (after Iv'e done my shopping!)

Seed have taken an extra 40% off SALE stock in store & online. Prices as marked online. I don't mind a few pieces of Seed in the kids and even MY wardrobe! I love that they have free shipping over $50 not $150 or more like some places! And super easy returns too! Sale starts NOW till 12/04/15

And while we are at it, why not a family picture to round out the week!
We have been asked by Abi's kinder to provide a family photo for them. OMG! Trying to get a decent family photo is IMPOSSIBLE!

Posted by Sammie at 2:58 PM No comments:

Good old Target! You can always rely on them for some great good quality kids wear. (I've even bought myself a few things from time to time!)
Currently an extra 25% off sale stock (kids, mens & womens wear) PLUS use the code ILOVETARGET and get an extra 20% off your online orders!
Just ordered a few bits and bobs for the kids!

I have some silly expensive taste for my kids (and me!) and they have lots of lovely brands hanging in their wardrobes, but I just love adding a few quality pieces in from places like Target. They wash and wear so well, they are cute and a great fit.

I have found that Target pants really suit Lachie's short and tubby shape so I stock up when I find some awesome prints.
Plus Abigail is my little twirling ballerina so we just bought one of the Collette Dinnigan for Target tutu dresses. they are $15 then I got the extra 20% off! AWESOME!

This is so NOT a sponsored post! Wouldn't that be nice! 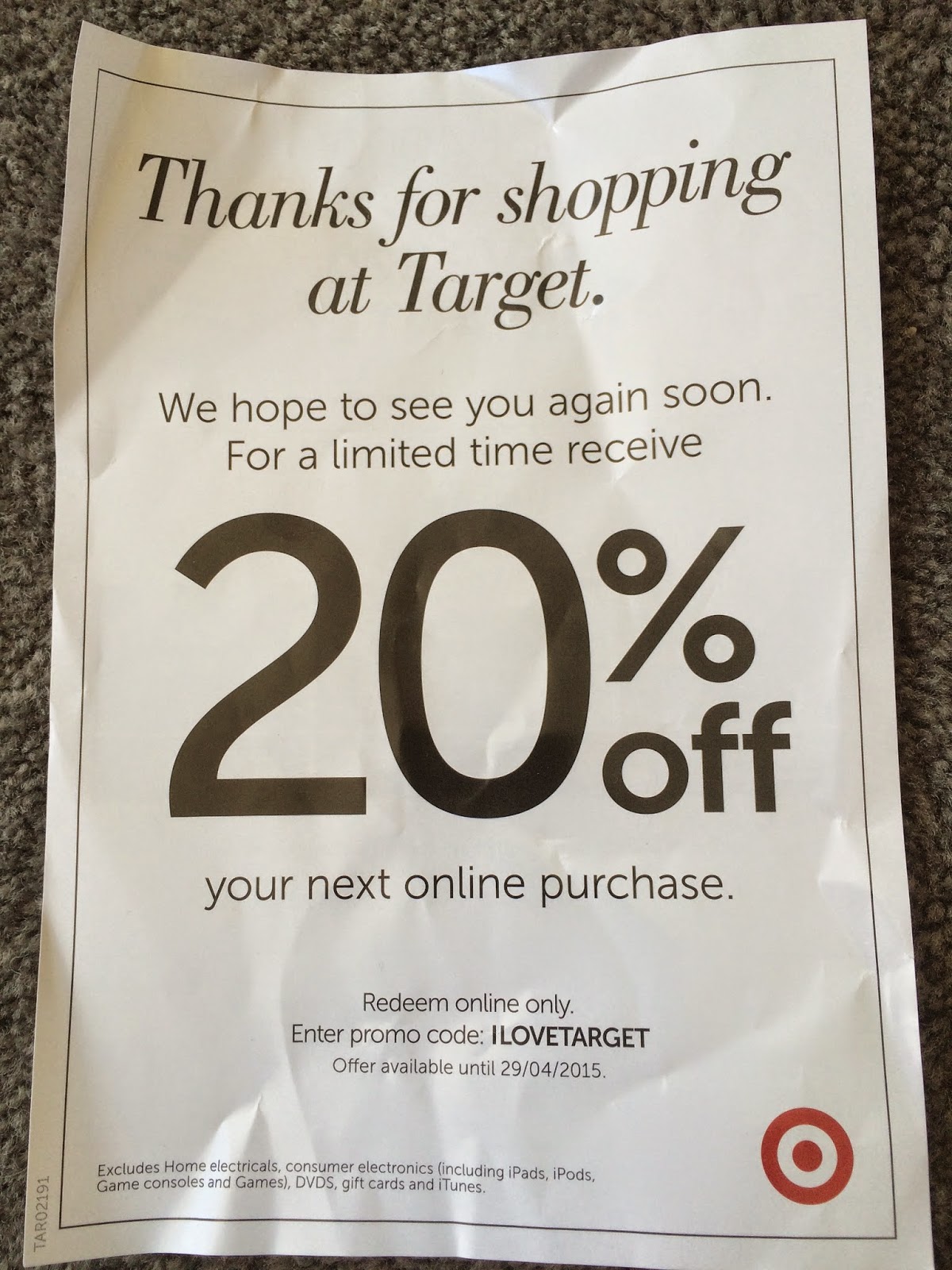 Posted by Sammie at 1:31 PM No comments:

wardrobes, storage and all that...

In the main bedroom we are pretty lucky to have a small WIR. I suppose this is really the only thing that makes it he main bedroom is the WIR! It is actually the smallest bedroom BECAUSE of the WIR!
'Lachie's Room' Had some old rickety poorly made wardrobes, and 'Abi's Room' NONE! Where is a girl to hang all her dresses! So we knew we needed to sort these out ASAP.
And just this week they were installed! Along with us removing and replacing the small cupboard space in the front entrance (I'm all about STORAGE!)

They still need to be painted. We were quite surprised when the majority of companies quote as MDF raw doors! The already painted once are EXXY + and seeing as we are planning a massive paint-a-thon the sensible decision was to go with the raw finish.

Still lots of ceiling and plasterwork repairs to go in Lachie's room. Plus we are reinstating the fireplace in both his room and ours.
We will put in 'working' ones, but we don't plan to use them as the house has ducted heating and real fireplaces in bedrooms? not a good idea!

A Little About Me

Sammie
Melbourne Girl. Sydney Girl. Then Back to Melbourne again! Back on the renovating wagon after FINALLY purchasing our home in Melbourne. This is the story of my family, loves and our little home.

People that check in